Thus we can define Social networking as «the practice of expanding the number of one’s business and/or social contacts by making connections through individuals, often through social media sites such as Facebook, Twitter, LinkedIn and Google+ etc. ».

So we will restrict our reflexion to search both good and bad effects, in order to see how social networking changed our world and how it is changing our way to live.

I. History of social networking

Nowadays we all talk about Social Networking. That’s why it is interesting to see how social networking emerged in our societies.

Social networks are the result of a long process that began around the 1960s, especially in 1969 with CompuServe, which created the first public network. Since 1969, the need to bring more and more people together is being felt. Thus 3 years later, in 1971 Raymond Samuel Tomlinson is considered to be the inventor of the first email in history. It was a great revolution in the sense that it was a big step that had just been taken to facilitate communication between people.
The evolution of this system has undoubtedly facilitated the creation of the first messaging system by Bulletin Board System (BBS) in 1978.This process will reach its peak in 1989 when Tim Bernes Lee proposed the World Wild Web (WWW). Then in 1990 internet already hit 2.5 million users around the world.In 1991 Tim Berners Lee creates the first true web page. With the creation of internet Justin’s Links from the underground became the first blog on internet.  Then we can consider blogs as the first real social networks. Because with blogs, people begin to share with others informations, including private ones.In 1994, theglobe.com became the first social networking site.  That will help geocities to create the first online community of website in 1995. In 1997, Aol instant messenger was released and dominated the market.  In 1998 Google is borne. And in 1999 blogger becomes the first multi-user Blog.  With Google others 70 millions of people are using internet around the world. With 70 millions of users communities begin to form: music lovers (with last.fm in 2002), business networking (LinkedIn in 2003), web bookmarking community (with del.icio.us in 2003). In 2004, what we can consider as the biggest Social Networking is released, know as Facebook.   5 years after its creation Facebook hits 350 millions users (2009), and in 2012 Facebook counts more than 1 billion of members. After Facebook, in 2006 we enter in the system of Hastags with twitter.  More and more communities were created around the world. Through Facebook, twitter, LinkedIn, snap chat etc..More and more people are connected.  People interact, exchange, then we began to have virtual friends.  People exchange more and more through social networks. Thus we can see through these two graphics the situation today (in France and the rest of the world) and see how is the evolution accelerating. The first graphic made by so-buzz for 2017 and the second made by Tiz for this month (january, 2018). 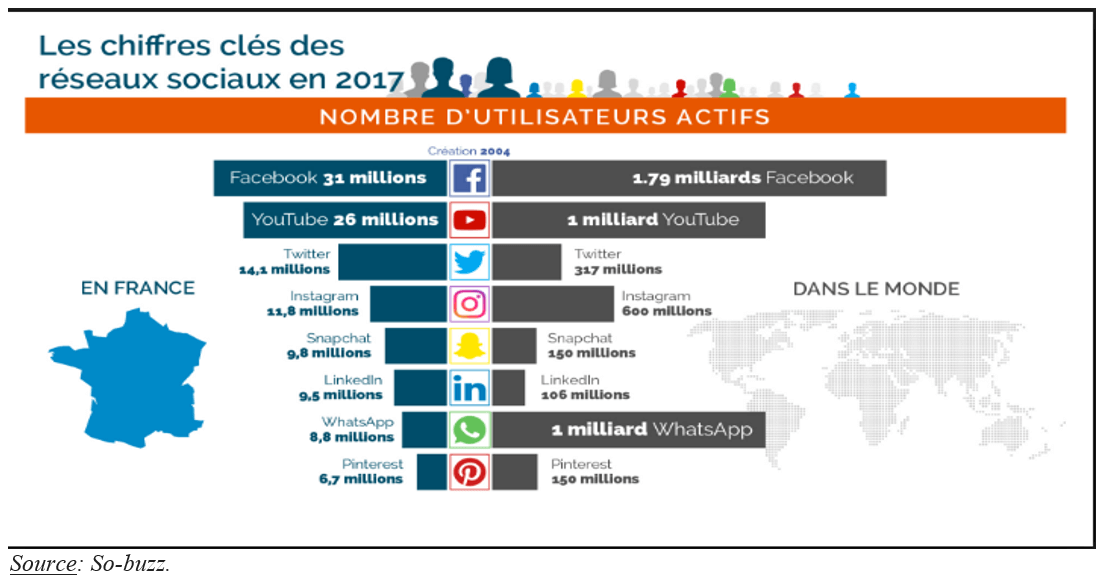 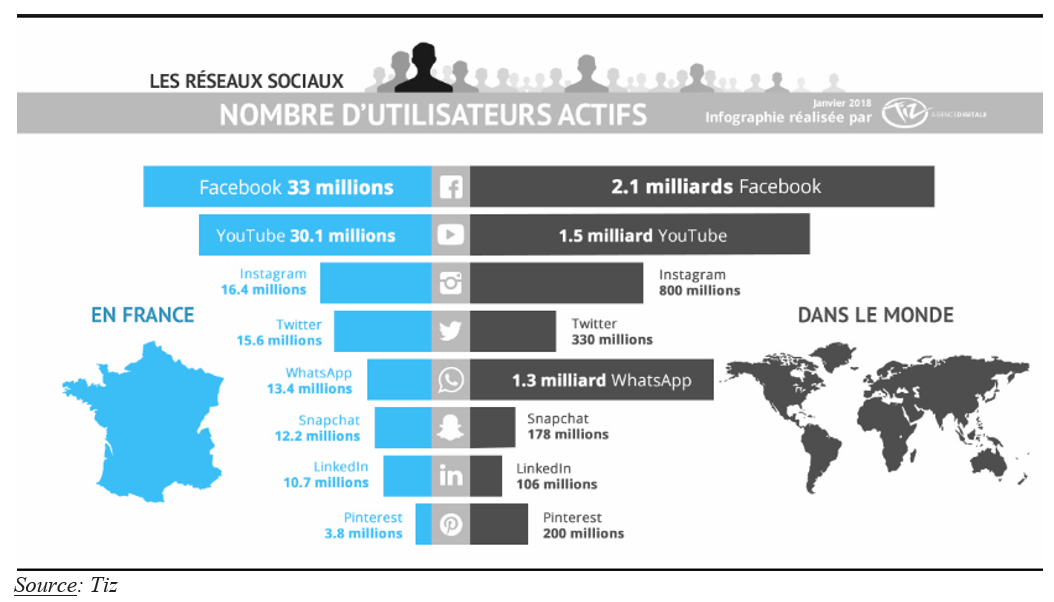 All these facts necessarily impact our life, our interactions with others, our way to work, even our way to think, to act and react. So we see, like everything in life, social network can have both positives and negatives side. It’s depending more on who is using it.  That’s why it needs to see the positives impacts of social networking in our society before seeing negatives ones.

If we focus on the benefits of social networking, the first one we can notice is the ability to instantly connect people from anywhere. Through social networks we can connect with our old friend with whom we lost contact for a long time. But we can also have new friends with who we can discuss of anything.

Now with social networks, we do not have to wait for an eternity to receive the response from someone who has been asked for something. We also do not need to move to the other end of the room where there is less noise, to make a call. We just need to connect to a social network to write to the person we want. And instantly this person can answer us, almost as if it were in front of us. Communication becomes easier and instant with social networks.

It’s one of the benefits of social networks today. We can be informed anytime, everywhere on real-time. We don’t need any more to watch TV, or to listen radios to be informed. All information are on Social networks. And an added bonus with social networks is that you can customize your news and information discovery experiences by choosing to follow exactly what you want.

Through Social networks Business owners and other types of professional organizations can exactly know what customers think about one of their product, they can connect with customers, discuss with them. There are actually lot of business men and entrepreneurs out there that thrive almost entirely on social networks and wouldn’t be able to operate without social networks. Now we even have professional social networks such as LinkedIn.

The study « Life Dissatisfaction Linked With Fear Of Missing Out » was made on some of Facebook users. And it shows that we tend to misunderstand the effect of Facebook on our mood. When we begin to use Facebook, we go back there even if the last time we Felt we were wasting our time.

According to this study among the 123 participants who used Facebook for 20 minutes most of them said they were in a bad mood.  The cause of this feeling is wasting time. And recently in November 2017, talking about Facebook, Sean Parker, the first president of Facebook, said « only God knows what is does to our children’s brains ».  And he accused Facebook to exploit the « Human vulnerability ». Next to this study we can also have lot of negatives impacts of social networking in general and not only Facebook.

There are too many information in social networking then it can easily get pretty noisy.  Sometimes it’s difficult to distinguish between true and false information. That’s why fake news rise increasingly. Now everybody can put any information through social networking. Over time, also, we tend to rack up a lot of friends and followers, and that can lead to lots of bloated new feeds with too much content we are not all that interested in.

With all these social apps, news and messages are often distracting. So we can be distracted during driving because of one message received on Facebook, or whatsapp or any other social network which t can cause lot of accidents. But social networks too, can lead to what we know as lack of gaining someone’s full attention during a conversation.

People too are more and more become procrastinator’s because of the time we waste through social networking.

Using social networking can also change our habits. It can make us sedentary but it can also disrupt our sleep. That can clearly impact our health.

Social Networking have lot of negatives impacts in our society. That’s why we have to be careful with social networking. Next to these negatives impacts of social networks we can talk too about are privacy issues, social peer pressure and cyberbullying. With our posts, comments, and personal informations that we share on social networks we can easily be stolen our identity. With cyberbullying attacks we can easily develop serious stress and anxiety which can lead to suicide.

To conclude we can see that social networks have both negatives and positives aspects. All depends to how we are using them. We can just remember that we can focus to use social networks for all the good points outlined in this text, but we have to be careful « of falling victim to the dark side of an online interaction ».

By Alpha Ibrahima DIALLO, 2017-2018 year group of M2 IESCI at the University of Angers